Dorothea de La Houssaye and Tom Brokaw
at the American Embassy in Paris on May 20, 2016

In May 2016, 32 years after Tom Brokaw set foot on the sand of Omaha Beach in Normandy to mark the 40th anniversary of D-Day, Dorothea de La Houssaye and Simon Rock de Besombes recommended Tom Brokaw for a “Chevalier de La Legion d’Honneur” for his continuing work and advocacy on veterans issues and preserving the legacy of “The Greatest Generation”.

Tom Brokaw, one of the most trusted and respected figures in broadcast journalism and political reporting is a special correspondent for NBC. He was inspired to write his best-selling book “The Greatest Generation” during a trip to Normandy in 1984, the 40th anniversary of D Day and the Battle of Normandy.

Tom Brokaw was in Normandy to produce a documentary and listened to the stirring stories of Omaha Beach veterans and airborne paratroopers like Congressman Sam Gibbons. Listening to them Tom Brokaw was transported back to his childhood in the Great Plains of South Dakota during the 40’s and 50’s.

Tom Brokaw began to write the veterans war time accounts under the keen eye of Kate Medina, Random House editor and commander-in-chief of “The Greatest Generation Project” and he had the unswerving support of NBC. Brokaw realized how much the veteran’s opinions were formed by the deprivations and lessons of the Great Depression.  He wrote about the surviving veterans of the Greatest Generation who are indeed living reminders of the good that can prevail during difficult times and the lesson that working together to organize our lives around what we need and not what we want is of paramount importance. 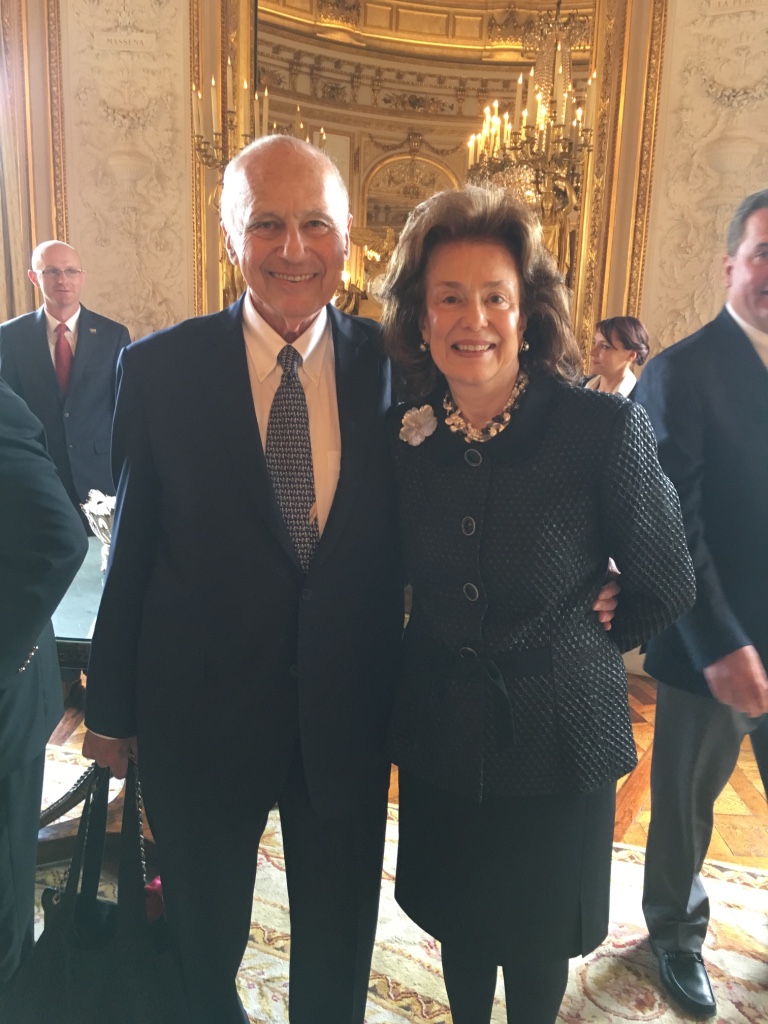 “The Greatest Generation” was published in 1998 to great critical acclaim. The iconic book encouraged thousands of WWII veterans and civilians to share their memories of the WWII era. These letters, memoirs and photographs formed the collection that Brokaw donated to the WWII Institute at Florida State University. Tom Brokaw honored congressman Sam Gibbons with and endowment fund, matched by the GE Foundation in his name. “Sam was a seminal inspiration for my writing the book” said Brokaw who met Gibbons in Paris around the 40th anniversary of the D-day invasion. Brokaw said he was mesmerized by the story Mr. Gibbons told that day and how those wartime experiences might have shaped his career. 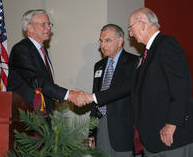 Tom Brokaw and Congressman
Sam Gibbons at the WWII Institute

In 2005 followed “The Greatest Generation Speaks”, the latter inspired by the mountains of mail Brokaw received after the success of his first book.

Tom Brokaw was the only network evening news anchor to report from Normandy in June 2004, the 60th anniversary of the D Day landings. Brokaw interviewed President George W Bush at the American cemetery in Normandy on the 6th June. NBC used our chateau in Normandy as their headquarters. Tom Brokaw currently serves on the Aspen Institute’s Franklin Project leadership council with Normandy Institute advisory board member Stanley McChrystal.